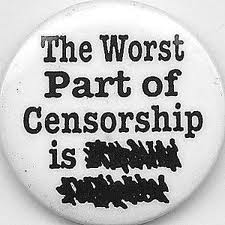 I was introduced to a new service for social media called Socioclean.  The basic premise of this service is that it crawls through all your Facebook updates and pulls out anything with any offensive content with a link to delete it.  Bad words, sexual comments, anything that it thinks is racist, drug or alcohol related, or just offensive generally, it pulls.

On the plus side, the application is really easy to use.  You just sign up for the service and then give permission from your Facebook account and it goes through everything for free.  It generates a report that’s easy to read, but this is also where a lot of questions come forward.  The search is not intelligent, it rates everything the same regardless of whether the context makes it offensive or not. 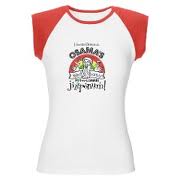 It can’t distinguish between me saying that Rush Limbaugh used the word “retarded”, which Sarah Palin said was ok because it’s satire, and me using the word “retarded” to describe Sarah Palin, which is ok because she said it was satire.  It also counts against you any comments by friends on your page, so if you’re buddy asks “Wtf”, you get a hit for using bad words – I confess it never occurred to me that “wtf” would be considered offensive by someone.  And it has no sense of humor “Screw cuss free week” was flagged as “sexual”, despite the fact that the entire point is to encourage cuss words.  I mean really.

It did not, however, pull up a lot of things that probably were actually offensive in my profile.  I talk about religion, atheism, gay rights, feminism, lots of smack about right-wing politics and probably every other link I post is offensive, though it doesn’t flag them at all.  Any Fox News viewer looking to hire someone is going to be resolutely not impressed with me.  But then I foolishly subscribe to the online mantra originated by Elbert Hubbart, “To escape criticism, do nothing, say nothing, be nothing.”

That I received an “F” grade for all the former things and not for the latter makes me question the usefulness of the service, if it really is just using keyword search to determine whether things are offensive it seems to both expand the list and specify context.  The site doesn’t store your data, meaning it has to run a full new analysis every time you want to look, which is irritating but I suppose a useful safety feature.  It does allow you to ignore certain finds, but that doesn’t seem to impact the data analysis it gives you, just lets you look at fewer things on your offensive list.

Posted in Posts Worth Going Back and Reading