Aren’t you making it up? – Why women don’t report harassment 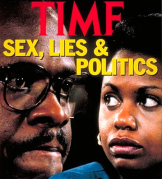 There has been a lot of discussion about why women don’t report sexual harassment (Ophelia Benson, Greta Christina) and what they’re up against when they do, including hyper-skepticism over claims that are routine, mundane, and unsurprising.

I would like to present to you a comment I got today, which you can go find if you want, but I have no intention of linking to it or encouraging people to respond to it.  I want you to read it and keep in mind a few things:

These things are not always true for a woman who is being or has been harassed and the following is a response I got with all of those things on my side.  Take away one or two or all of these and tell me what kind of response the average woman might expect to get.  And then tell me whether you’d find it worth it to make a report when you can expect this treatment from many other people.

If the guy was so obnoxious for so long, why didn’t you ask someone for help? Why didn’t you ask for help right away if you were so repulsed by and uncomfortable with the guy’s alleged behavior? You say that someone from TAM’s staff eventually (but “so quickly”) intervened but you don’t say whether you asked for help or if someone just happened to come along and deal with the alleged situation.

You obviously think that TAM should consider what you did as a “report of harassment” but you don’t actually say what you did, exactly who intervened, whether you asked for help, who you talked to (either to ask for help or otherwise), and there are a lot of other missing, important details.

Another thing you said is that you were ultimately impressed with and proud of TAM’s staff for so quickly intervening. If they intervened so quickly, how could the guy have harassed you from room to room for so long?

You also make it sound as though “DJ” must have known about the alleged situation at the time but you don’t actually know that he did because you didn’t actually talk to him about it at the time, did you?

According to your own words TAM’s staff  took care of the alleged situation “so quickly” and effectively. That speaks well of TAM’s staff, which should demonstrate to you and all others that TAM’s staff deals with problems quickly and effectively as soon as they know about them. TAM’s staff can’t reasonably be expected to be psychic or to personally babysit every woman (or man) at their conferences. It’s unreasonable for you to blame TAM or “DJ” for something that you could have ended a lot faster if you had asked for help quickly and had properly reported it to the people in charge.

Is it wrong for ‘skeptics’ to be skeptical of non-evidential claims that don’t add up, and that weren’t properly reported to the people in charge of the conference?

Are you making up the whole thing?

On its own, it might just seem like a bad apple not worthy of notice, but I’ve gotten dozens of other comments here, on other blogs, on Facebook, and in e-mails that reflect the same sentiment.  And I knew I would get them.  Every woman knows she will get them.  Every time she speaks up.  Every time.  And sometimes it’s just exhausting.  It hurts a little, having to relive it and be called names and a liar, but ultimately it just makes you tired, completely bone-weary, and a little heartbroken.

So, Greg Laden has a post on FtB about DJ Grothe making some kind of horrible comments about how women who complain about harassment are making women afraid to come to conferences.  And that, as far as he knows, he is unaware of any reports of harassment.  Which is weird because I was sexually harassed by a guy last year at the TAM9 speaker’s reception, as were some other women, and the guy was kicked out for it. And I was told that it was DJ himself who made him leave.

From my recap last year:

That evening I went to a presenter’s reception, and got to spend some time hanging out with a lot of awesome people who were going to be speaking, including Debbie Goddard who I had not previously spent much time with.  But there was a drunk british guy from Shrewsbury who would not leave me alone.  I hate wine breath.  And I was not nice to him, but he kept following me.  He was so annoying that every time I tried to escape and enter a new conversation, everyone who was in that conversation would leave and leave me stranded.

He also kept touching me, which I found very disconcerting.  Fortunately, I was eventually rescued, and he was asked to leave, but it was pretty gross.

I guess it didn’t mean much to him at the time, or he forgot, or didn’t realize that it wasn’t just that the guy was annoying, it was that he was inappropriately touching me and backing me into corners and asking me to have sex with him after I told him to stop, or that DJ wasn’t who kicked him out and it was someone else on the TAM staff.  In fact, I was impressed with TAM so much for ultimately intervening that I didn’t want to go into explicit detail of exactly how gross the guy had been to me, for fear of making TAM look bad.

In any event, someone was harassing me and someone from TAM made it stop.  I’m sure part of it was that I was really upset, but I was touched that they’d fixed the problem so quickly and proud of them for doing so.  And, probably because it was very upsetting at the time, I am currently upset that apparently no one at TAM remembers or took note of it — like somehow it didn’t count because it happened to me?  Because I and the other woman harassed were speakers?  Or I didn’t write something down?  Like I should have written up a report?

But if that didn’t count as a report of harassment, I’m not sure what to think of DJ’s claims that there’s never been one, other than he’s playing with semantics.  Here’s his comment from FB (bolding is mine):

It is true that harassment issues are much discussed in some quarters of the skeptics and atheist and other allied movements (all generally for the better, to the extent the emotionally charged issues are tempered with evidence) but to my knowledge there has never been a report filed of sexual harassment at TAM and there have been zero reports of harassment at the TAMs we’ve put on while I’ve been at JREF.

Of course that doesn’t mean such didn’t happen, but of 800+ responses to our attendee survey last year, only three people said they were made to feel unwelcome by someone at the event: one, a man who didn’t like all the magic; two, a woman who was ridiculed for her veganism; and three, a conservative who didn’t feel welcome because of what he saw as an undue emphasis by speakers and attendees on progressive and leftist ideals. (One woman at the event did, however, complain to staff that she felt she may be harassed by someone in the future, and felt uncomfortable about the man, and while we are concerned about such concerns, she didn’t complain of any actual activity that had happened that the hotel or security or law enforcement or others could take action on.)

I believe I understand the impulse to protect people from harm (this is a strong motivation for skeptics, after all) but telling newbies that they need to be on guard against so-called sexual predators at our events, or that the movement or movements are “unsafe for women,” may be a sure-fire way of making some women feel unwelcome who otherwise would feel and be safe and welcomed. As for policies, I think Ben is on the right track. We are all against harassment or bullying of any kind, sexual or otherwise. Any incident of harassment or assault should immediately be reported to security and law enforcement, and JREF staff and the hotel staff stand ready to assist should any regrettable incident ever occur, God forbid. But again, no such incident has ever occurred at TAM to my knowledge, and I believe that bears mentioning in current discussions about how prevalent are the unnamed “sexual predators” at various atheist and skeptical events.

Last year we had 40% women attendees, something I’m really happy about. But this year only about 18% of TAM registrants so far are women, a significant and alarming decrease, and judging from dozens of emails we have received from women on our lists, this may be due to the messaging that some women receive from various quarters that going to TAM or other similar conferences means they will be accosted or harassed. (This is misinformation. Again, there’ve been on reports of such harassment the last two TAMs while I’ve been at the JREF, nor any reports filed with authorities at any other TAMs of which I’m aware.) We have gotten emails over the last few months from women vowing never to attend TAM because they heard that JREF is purported to condone child-sex-trafficking, and emails in response to various blog posts about JREF or me that seem to suggest I or others at the JREF promote the objectification of women, or that we condone violence or threats of violence against women, or that they believe that women would be unsafe because we feature this or that man on the program. I think this misinformation results from irresponsible messaging coming from a small number of prominent and well-meaning women skeptics who, in trying to help correct real problems of sexism in skepticism, actually and rather clumsily themselves help create a climate where women — who otherwise wouldn’t — end up feeling unwelcome and unsafe, and I find that unfortunate.

I had some success doing things at the SCA, I spoke at TAM, and I spoke at Dragon*Con, but I’m not sure how one turns a couple of successful speaking gigs into regularly being invited to speak at conferences.