Nearly a month ago, I introduced you to the Columbia Coalition of Reason, which had put up a billboard inviting local non-theists to contact us.  The reaction from Christians was predominantly negative, but we also received a lot of very positive responses from both non-believers and believers.

This week, a local church decided to put up a billboard in the same location in the digital rotation along with our billboard as a direct rebuttal.

This is fantastic.  One, it means we’re in the news again, and two, it means we’ve opened a dialogue with local people of faith.

Dustin Tucker, the guy who has coordinated the billboard effort, was interviewed by local TV station WLTX and spoke to how great it was that the opposing view was speaking up and expressed hope that the atheists would be able to do some sort of joint charity effort with Park Street Baptist Church, something that’s already in the works.

Unlike the responses to the previous news stories, the ones to this seem much more level and reasonable.  Here are my two favorites:

Wow…if the billboards can co-exist..perhaps the believers and non-believers will find a way to co-exist as well.

If one wants to see God look into the eyes of a child and you will see Innocent little angels. Those who choose not to believe live very empty lives.

I love kids, don’t get me wrong, but they are definitely demons.

If you’d like to know more about the billboards you can go over to Friendly Atheist, where the president of the Pastafarians at USC has done a nice write up, go listen to the podcast I did at A Matter of Doubt, or:

TUNE IN TONIGHT!  (Sunday, 12/18) at 8PM EST to Reason Podcast where someone from the group will be chatting about it live!

Posted in atheism, Posts Worth Going Back and Reading, Religion

After we completed the main hour of the podcast, we continued our conversation and the guys over at “A Matter of Doubt” have been kind enough to put it up as a bonus clip.  This is where we get into the things that I am most interested in, LGBT issues, argument, and humanism.  I almost sound like I know what I’m talking about occasionally in here, even.

Yes, I’m pretty vitriolic online, and I am willing to call people wrong and be kind of… we’ll go with “emphatic”.  Somewhat dogged.  Win the war of attrition.  But in person, in real life, in real interactions, people are worth more than ideas.  People deserve to be treated well, people deserve to be loved for who they are, they deserve to be accepted.  You can have any opinion you want about their beliefs, but at some point you have to be willing to say, you know, I disagree with you and that’s not the most important thing about you.  We’re all worthy, we’re all equal, we’re all human.  And that’s the foundation of equal rights, that’s the foundation of why we care about the LGBT issues, it’s the foundation of why we think atheists should be treated the same.  And at some point you have to be willing to stop arguing.

Posted in atheism, Politics, Posts Worth Going Back and Reading, Religion

A Matter of Doubt Podcast: Starring Yours Truly 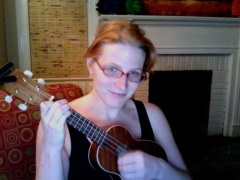 A local very cool podcast about atheism and all things philosophy had me on to talk about atheist activism and the SC billboard campaign.  It’s got my deconversion story, horror of childhood religion, and limited occurrences of me going “um, like”.  If you’re into podcasts, you should give it a listen!  I have my super sexy horrible cold voice and everything.

Posted in atheism, Politics, Posts Worth Going Back and Reading