← A Matter of Doubt Podcast: Starring Yours Truly
Podcast Part II: Winning the War of Attrition → 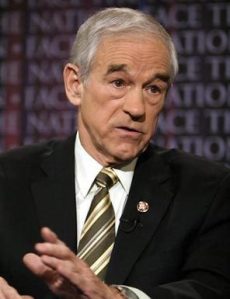 I’ve been trying to understand why smart people I know support Ron Paul and I just can’t get my head around it.  I get the sense that maybe the Ron Paul People I know just don’t realize what Ron Paul’s all about. That or they just don’t care.

The Ron Paul People I know are almost all straight, single, relatively young, non-religious, white men. Available demographics suggest that this is an accurate picture; there are others in Ron Paul’s camp, but it’s basically youngish white men.

Every Ron Paul Person I know comes out of the woodwork any time anything negative is said about the guy, no matter how true the statement and no matter how much that individual disagrees with Ron Paul’s position or behavior. I get the sense that libertarians are so excited to have someone on the national stage that they don’t want to see anything problematic with the guy, but he’s transparently a bad deal.

So, why are these people supporting a crazy, racist Christian fundamentalist?

That last one seems to be big — people seem to think that Ron Paul offers a coherent philosophy to deal with politics and that’s why they like him.

He’s very consistent on the whole taxes idea — he wants to get rid of the income tax, which apparently makes us all the property of the government, and his voting record shows this.  I can see the appeal, even if I totally disagree.

But if we take this libertarian personal freedom thing to its logical conclusion, Paul would also be all for open borders and a completely open labor markets, right?  Yeah, but not so much — he’s very anti open borders.

The toughest part of showing any compassion or tolerance to the illegal immigrants … is the tremendous encouragement it gives for more immigrants to come illegally and avoid the wait and the bureaucracy.

So, bureaucracy good when it keeps the brown people out? Taxing the insanely rich is slavery! Letting foreign people work in America should be illegal!

He voted for building a fence on the Mexican border, reporting illegal aliens who go to hospitals, and for banning student visas from “terrorist nations”.  He’s all about reducing the military and allowing the free market, except when it comes to this for some reason.

Oh, it’s also great that he wants to get rid of the fed, I love this. You know who made the fed what it is today? A guy named Alan Greenspan. You know, Alan Greenspan, the most famous and powerful libertarian ever to work in the US government. He was a disciple of Ayn Rand and was part of the inner circle of her cult. Alan Greenspan almost single-handedly caused this recession. By all means, let’s fix the fed, but let us also acknowledge it was a libertarian that got us here!

He thinks the Civil Rights Act of 1964, you know that whole equality thing, was a violation of people’s rights and wouldn’t have forced anyone to lift the Jim Crow laws. He called MLKJr day “hate whitey day”.  According to Ron Paul supporters, this is OK because he wants to legalize drugs and end the death penalty, both of which would disproportionately go to help black men.

I don’t even want to go into all of the sketchy things that he’s said, I’ll just offer you this link and be done with it.  Suffice to say, the guy’s said some unkind things about minorities.

On top of this, he wants English to be the official language of the US and thinks government shouldn’t offer services in any other language.  How’s that for federal bureaucratic overhead?

A lot of people respect his position on gay marriage, which is that it shouldn’t be the federal government’s business even though he personally is opposed to it. It may not be the federal government’s business, but he’s certainly voted to enshrine homophobic behavior in federal law. He voted against including “sexual orientation” as a protected class in ENDA, meaning he thinks it’s OK to fire people for being gay, and he voted to ban gay adoptions in DC.

Ron Paul is Against Church/State Separation:

Ron Paul has a 17% rating with the AU, meaning he almost never votes in favor of a bill that would be promoting the separation of church and state.

The guy is crazy fundamentalist, no lie. It informs most of his political positions, including right to life stuff that I’ll address in a minute. But it also includes something that maybe some of my libertarian friends agree with. Ron Paul is one of the few politicians in DC willing to say anything negative about Zionism or Israel, and I know a lot of libertarians think that we shouldn’t be Israel’s protector anymore. But do you know why he doesn’t support Israel?

Despite the fact that many Fundies, known as Premillenialists, support Israel because their end-time theology tells them that it is necessary for the return of Jesus, Christian Reconstructionists like Paul have a different view, basically that the Israeli government isn’t the right one for the end of days and the right sort of Christians are now the chosen people of Revelations.

“I think of the Israeli government as different than what I read about in the Bible. I mean, the Israeli government doesn’t happen to be reflecting God’s views. Some of them are atheist, and their form of government is not what I would support… And there are some people who interpret the chosen people as not being so narrowly defined as only the Jews — that maybe there’s a broader definition of that.”

He and Sarah Palin can get into a fight over whose Christian end of days attitude towards Israel is the right one!

He often gets accused of being anti-Semitic because he’s anti-Zionism, and he may well be, but his position on Israel is all about religion. He’s generally isolationist anyway, so it works with the rest of his shtick.

And, while his faith isn’t his number one talking point, he sure does have a statement of faith on his website and includes a reference to it in his debates.

And, despite the fact that he thinks the education department should be dismantled, he also thinks that public funds should pay for private Christian educations and supports a constitutional amendment in favor of school prayer.  Again, not a libertarian stance at all.

This goes hand in hand with the crazy religious stuff, it’s all related.

This man, who is a doctor, does not believe in evolution.

This man, who is a doctor, believes that life begins at conception.

He has a somewhat complex view on abortion in that he believes that it, like murder, should be tried and controlled at the state level, not the federal one. That said, he has voted repeatedly for national bills that promote the pro-life cause and introduced a bill that would say that life begins at conception.

He voted not to authorize embryonic stem cell research multiple times. He has a 0% by NARAL, meaning he votes 100% against abortion rights. He voted yes on the Stupak Amendment to prevent health insurance companies from offering abortion coverage. Voted to prevent funding from going to schools that make the morning after pill available and to provide funding for abstinence only education.

He cosponsored a bill to take funds from a needy family benefit program to go to support non-governmental groups that counsel people not to have abortions.

Again, how is this not federal interference?

This section, I know, is where a lot of libertarians are going to agree with his votes, but I have to say I think they don’t reflect well on him.

He is completely against environmental regulation and trying to find alternative energy sources.  Despite his claims that he’d rather have unions control the market than a minimum wage, he voted for legalizing union busting more than once.  Despite his supposed belief in the free market, he voted to ban shareholders from weighing in on executives’ compensation.  Extended the Bush tax cuts for the rich, expanded them, and undermined Social Security by changing the standards.

Voted against the Healthy Hunger Free Kids Act to feed children and voted against a measure to ensure children had health insurance.Voted yes on a measure to prevent federally funded laborers to be paid the prevailing wage of the area, so that people making less than a living wage could be reduced even further into poverty!

Ron Paul is a Hypocrite

He is completely inconsistent, not just philosophically as a libertarian, but also on very specific issues like federal funding to local areas.  Which brings us to his response to Katrina.  You’d think someone who was so waffley about his own philosophical convictions when it comes to women’s rights and immigrants would be willing to waffle a little to save lives, after all he’s all sanctity of life, right?

Is bailing out people that chose to live on the coastline a proper function of the federal government?

But at least his congressional district in Texas doesn’t rely on tons of federal funding, right? Oh, no, it’s one of the top in Texas. Federal government using money to save people’s lives is apparently not OK, but him earmarking funds for his district is cool. More important than Katrina victims? Removing a sunken ship from a harbor and sending a few million dollars to Texan shrimp fishermen.

Ron Paul is a Little Nuts

But of course, my favorite part about Ron Paul is that he thinks the executive branch shouldn’t have very much power. The problem with that is that if you elect Ron Paul, he can’t do anything without violating his own philosophy because he would be the executive branch of the federal government.  Ron Paul just doesn’t make sense for anyone.

He thinks we should go back to the gold standard, which I think is pretty crazy, but that’s hardly the only place he goes a bit weird. On The Daily Show he said the following, I guess suggesting that he’s for regulations after he’s against them:

The regulations are much tougher in a free market, because you cannot commit fraud, you cannot steal, you cannot hurt people, and the failure has come that government wouldn’t enforce this. In the Industrial Revolution there was a collusion and you could pollute and they got away with it. But in a true free market in a libertarian society you can’t do that. You have to be responsible. So the regulations would be tougher.

And then there’s this:

I’ve been told not to talk, but these stooges don’t scare me. Threats or no threats, I’ve laid bare the coming race war in our big cities. The federal-homosexual cover-up on AIDS (my training as a physician helps me see through this one.) The Bohemian Grove–perverted, pagan playground of the powerful. Skull & Bones: the demonic fraternity that includes George Bush and leftist Senator John Kerry, Congress’s Mr. New Money. The Israeli lobby, which plays Congress like a cheap harmonica.

If people know this about Ron Paul and still want to vote for him, that’s obviously their choice, but I can’t help but feel like the only way you could vote for him would be in ignorance or denial of these facts.

← A Matter of Doubt Podcast: Starring Yours Truly
Podcast Part II: Winning the War of Attrition →