I'm a member of a cancer elite. I rather look down on people with lesser cancers.

I went to my mom's house for dinner last night and, as luck would have it, Hitch was on 60 minutes.  My adoration of Mr. Hitchens is well covered on this blog, but suffice to say that while I don't agree with all of his opinions, I have a not insignificant admiration for his incredible intellect and his willingness to be wrong and correct himself.  He has never sought perfection, except perhaps in being a scoundrel, and I respect that.  People who are willing to look human in front of others are rare, people who can do that and still be a towering intellectual asshole, well… what's not to love?

The piece was pretty good, even though I have some issues with Mr. Kroft from the way he handled the interview with Assange.  I don't mind biased reporting, but hostile reporting is a bit much.  It was ultimately probably good for Assange, because Assange stayed calm in the face of some obnoxious questions, but it still rankled.  Kroft seems to be madly in love with Hitchens, though, so there was less of that.

They mentioned a book by Hitchens called "Monarchy" which was released in 1990.  It is apparently out of print because to buy it online I can only find prices from $122-$270.  I'm trying to convince my library to get a copy.  I've got to call them in a minute to see if there's any library they can get it on loan from.  Why aren't all books available digitally yet?  Isn't it the future already.  My library will lend books digitally, but mostly just really bad ones and not on the kindle, which I'd be upset about if the book quality was more convincing.

Also, Christopher Hitchens has grown a sweet beard, it makes him look 90% healthier than he did 6 months ago. 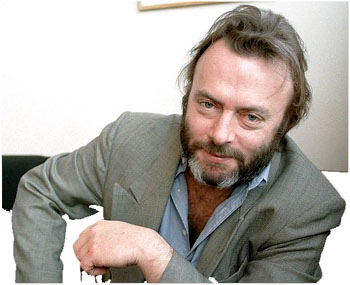